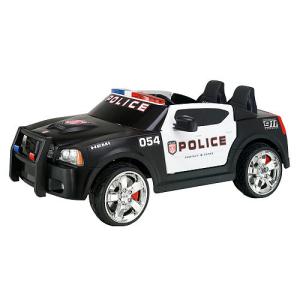 About a month ago, Andrea and I brought the boys to Toys R Us to look at the Power Wheels they had there.  We were thinking about getting one for Matthew for his birthday.  So, Matthew was instantly drawn to a police car they had and I can’t remember how, he got the idea that he was going to get one for his birthday.

Sometime after that, Andrea was trying to find out what kind of party Matthew wanted.  She suggested a pool party to him at the high school, to which he said, “Can I drive the police car there?”

So, today, the subject of the police car came up again and Matthew was talking about it with certainty that he’ll get it for his birthday.  So, I tried to prepare him for the fact that he might not get one.  I said that we just don’t know what we were getting him.  When I stopped the car, Benjamin unbuckled himself, stood up and whispered into my ear from the back of the car, “Daddy, we don’t want Matthew to be sad on his birthday.  Kids shouldn’t be sad on their birthdays.  So, I think we need to find the money to get him the police car, okay?”

By the way, the police car is currently sitting in our basement under a blanket.